Some of the most spectacular and complex underwater caves and caverns are found in the state of Yucatán, Mexico.

These are accessible by entry points or cenotes (underwater caves) known as sinkholes. Actually, cenotes are a type of sinkhole of freshwater-filled limestone. It is understood that these natural wonders interact with other underlying cave systems that can be examined for distances of 100 kilometers or more.

In the Yucatán Peninsula, there are over 3,000 cenotes (caves), with only 1,400 of them studied and documented. Between Cancun and Tulum and the Riviera Maya, these cenotes are found. Sistema Ox Bel Ha (270.2 km), Sistema Nohoch Nah Chich (67 km), and Sistema Dos Ojos (82.47 km) are the world’s three longest operating underwater cave systems in the Riviera Maya.

As they were said to represent entrances into the underworld (known as Xibalba), cenotes were once the holy places of the Mayans. Their natural beauty are truly mysterious works of art that scuba divers from all over the world can’t help but explore, best described as crystal clear turquoise waters with sunlight reflecting stalactites and stalagmites.

Five of the Riviera Maya’s most notable cenotes are listed below:

The Chac Mool Cenote is situated about 22 kilometers south of Playa Del Carmen and across from Puerto Aventuras. There are two entries in Chac Mool (which means the «Jaguar Claw»), both leading to a relatively wide cavern with a lot of natural light entering from the opening. The cavern leads down to the Dome Room. Here, under an air dome, a section of the roof has collapsed where divers can surface to enjoy an enormous number of beautiful stalactites and some fossils. Since the maximum depth is around 12 meters (36 feet), for inexperienced cavern divers, Chac Mool is the ideal location. 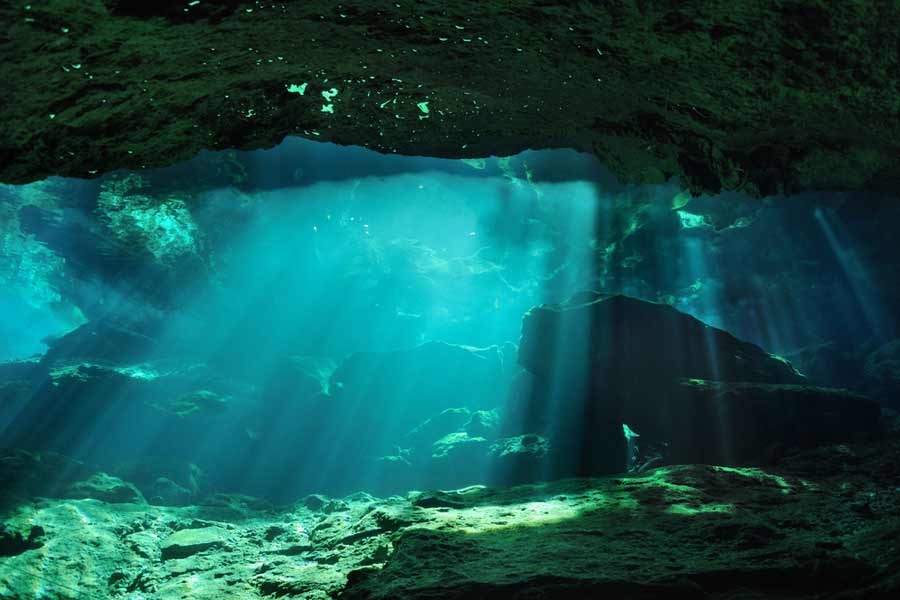 Another entrance to the Chac Mool system, called Cenote Kukulkan, is a couple of hundred feet away from Cenote Chac Mool. On the Kukulkan side, you can experience an incredible light display during sunny days as reflections of sunlight produce rainbow colors that extend to the ceiling. 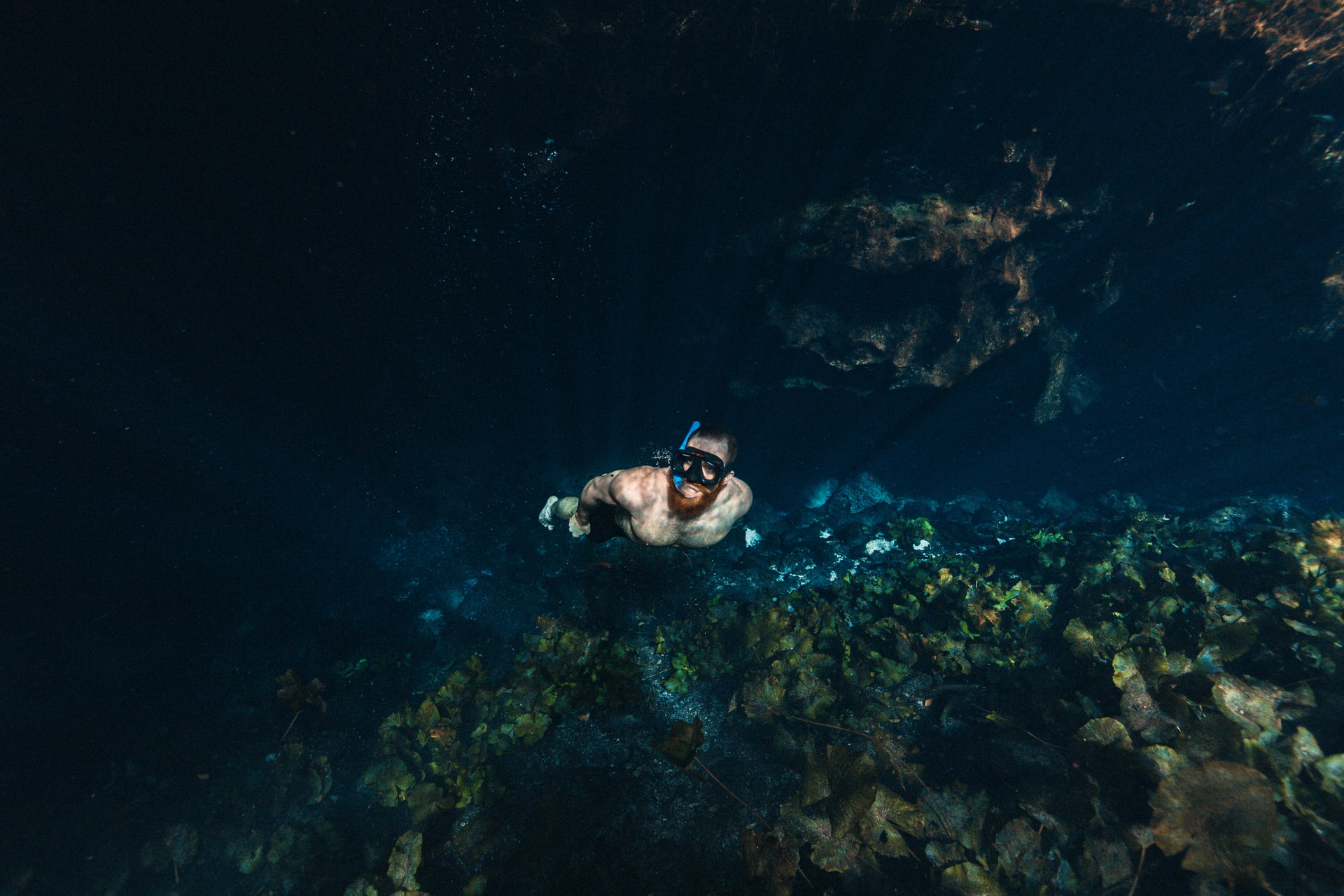 One kilometer south of Xel-Ha and approximately 48 kilometers from Playa del Carmen, is this famous and popular cenote. The name «Dos Ojos» means «two eyes,» and is derived from the two cenotes that are very similar to each other in circular shapes.

The cave systems of Dos Ojos and Nohoch Nah Chich were discovered in the 1980s through a competition between two research teams aimed at identifying the world’s longest operating underwater cave system.

In Dos Ojos, two dives are performed. The first begins in the first eye (located in the east) and advances through a freshwater crystal clear cavern leading to the second eye (located in the west). The second dive is a darker dive under an air-filled «bat cave,» which receives very little sunshine, through a series of rooms and corridors. This dive features a stunning and delicate speleothem packed with passages.

Dos Ojos is one of the longest structures in the Yucatán Peninsula, with about 60 kilometers of exploration range and links to over 25 cenotes. For non-divers, too, it is a perfect cenote, as you can snorkel through the silvery caves. 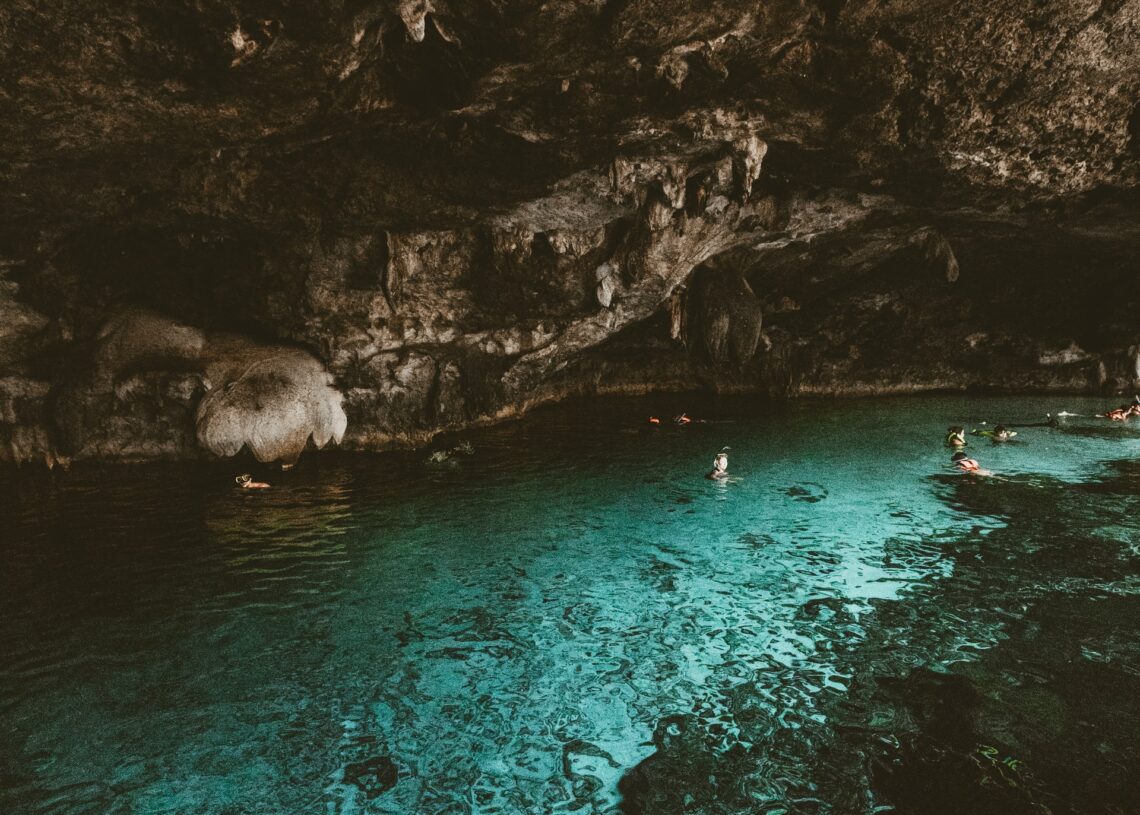 Four interconnected cenotes with plenty to offer both cavern and cave divers are approximately 29 kilometers south of Playa del Carmen. Cenote Taj Mahal has a cave filled with light streaming through cracks in the ceiling, one of the most stunning cenotes in the Riviera Maya. Haloclines emerge in deeper areas and produce a fascinating mirror-like effect as the fresh water forms a separate layer over the salt water. 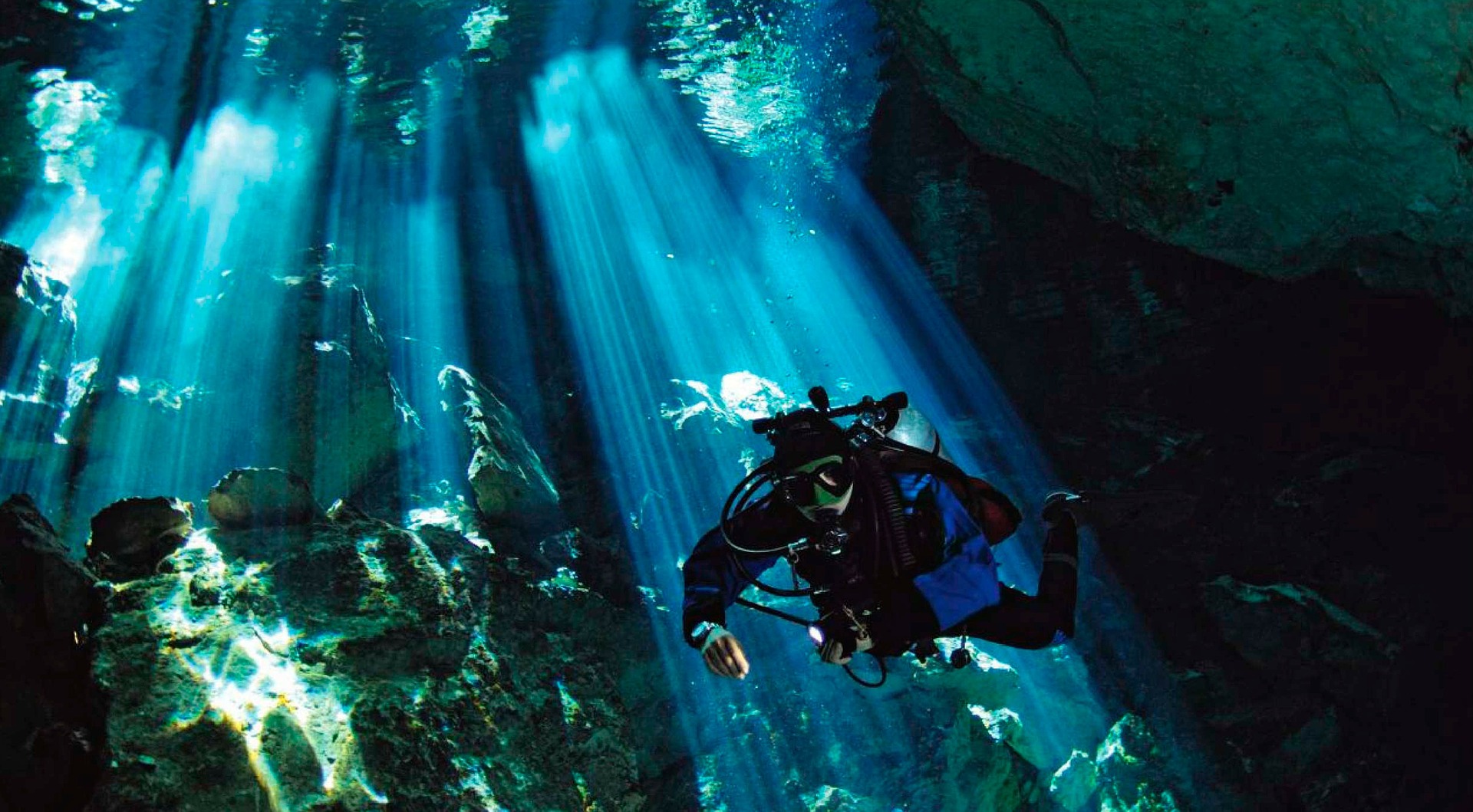 Gran Cenote is part of Sistema Sac Actun, one of the most famous cenote locations in the Riviera Maya. Ladder measures lead to a cenote with a half moon shape lined with tiny passages and openings. By putting your face into the water without having to dive in, visitors will enjoy a stunning collection of large stalagmites, stalactites, and columns. If you dive here, good buoyancy control is needed as the walls with the formations are high. It is said that the maximum depth is 21 meters (70 feet).