The Maya Empire, centered in the tropical lowlands of what is now Guatemala, reached the peak of its power and influence around the sixth century A.D.

The Maya excelled at agriculture, pottery, hieroglyph writing, calendar-making and mathematics, and left behind an astonishing amount of impressive architecture and symbolic artwork.

Most of the great stone cities of the Maya were abandoned by A.D. 900.

However, since the 19th century scholars have debated what might have caused this dramatic decline of abandonment. Maya civilization was one of the most dominant indigenous societies of Mesoamerica (a term used to describe Mexico and Central America before the 16th century Spanish conquest).

Unlike other scattered indigenous populations of Mesoamerica, the Maya were centered in one geographical block covering all of the Yucatan Peninsula and modern-day Guatemala; Belize and parts of the Mexican states of Tabasco and Chiapas and the western part of Honduras and El Salvador.

This concentration showed that the Maya remained relatively secure from invasion by other Mesoamerican peoples.

Within that expanse, the Maya lived in three separate sub-areas with distinct environmental and cultural differences: the northern Maya lowlands on the Yucatan Peninsula; the southern lowlands in the Peten district of northern Guatemala and adjacent portions of Mexico, Belize and western Honduras; and the southern Maya highlands, in the mountainous region of southern Guatemala.

Most famously, the Maya of the southern lowland region reached their peak during the Classic Period of Maya civilization (A.D. 250 to 900), and built the great stone cities and monuments that have fascinated explorers and scholars of the region.

The Classic Maya built many of their temples and palaces in a stepped pyramid shape, decorating them with elaborate reliefs and inscriptions. These structures have earned the Maya their reputation as the great artists of Mesoamerica.

Guided by their religious ritual, the Maya also made significant advances in mathematics and astronomy, including the use of the zero and the development of complex calendar systems like the Calendar Round, based on 365 days, and later, the Long Count Calendar, designed to last over 5,000 years.

Serious exploration of Classic Maya sites began in the 1830s. By the early to mid-20th century, a small portion of their system of hieroglyph writing had been deciphered, and more about their history and culture became known. Most of what historians know about the Maya comes from what remains of their architecture and art, including stone carvings and inscriptions on their buildings and monuments.

The Maya also made paper from tree bark and wrote in books made from this paper, known as codices; four of these codices are known to have survived. They are also credited with some of the earliest uses of chocolate and of rubber.

Life in the Rainforest 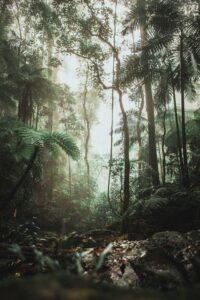 One of the many intriguing things about the Maya was their ability to build a great civilization in a tropical rainforest climate.

Traditionally, ancient peoples had flourished in drier climates, where the centralized management of water resources (through irrigation and other techniques) formed the basis of society. (This was the case for the Teotihuacan of highland Mexico, contemporaries of the Classic Maya.)

In the southern Maya lowlands, however, there were few navigable rivers for trade and transport, as well as no obvious need for an irrigation system.

Festivals and Events in Mexico

7 Tips on How To Pack for a Wedding